Algae use photosynthesis to efficiently and quickly convert CO2 and other greenhouse gasses into valuable oils and biomass as feedstocks to produce Omega-3 EPA and DHA oils, animal feed, and biofuels. As the earth’s most productive and sustainable plants, microalgae can double their mass daily with growth rates up to 100 times greater than land plants used to make similar products.

In addition, microalgae cultivation is gentle on the planet. It does not need to be “farmed” on arable land which is better used for food production; instead microalgae farms and biorefineries can be established on marginal land unsuitable for growing food crops. Marine microalgae can also be grown in brackish or salt water, thereby preserving valuable fresh water sources for human, animal, and agricultural use.

“Put quite simply, microalgae are remarkable and efficient biological factories capable of taking a waste (zero-energy) form of carbon (CO2) and converting it into a high density liquid form of energy (natural oil).”
–A Look Back at the U.S. Department of Energy’s Aquatic Species Program: Biodiesel from Algae, National Renewable Energy Laboratory (NREL)

Marine microalgae are, quite simply, the planet’s most sustainable source of Omega-3 EPA and DHA nutritional oils, animal feed, and biofuel feedstock.

The Advantages of Marine Microalgae

In coming decades the world will need huge amounts of energy to support population and economic growth and to improve standards of living. Supplies of conventional energy will struggle to keep up with growth in demand and energy will need to be produced in environmentally and socially responsible ways.

The world will also need to feed this growing population. This will put increasing pressure on the environment, agricultural land, fisheries, aquaculture, and supplies of fresh water. Algae hold great promise as a source of low carbon energy for biofuels and as an additional source of animal feed.

Algae is sustainable as it provides important practical advantages over terrestrial crops, fish-based meals of Omega-3s, and fermented products. 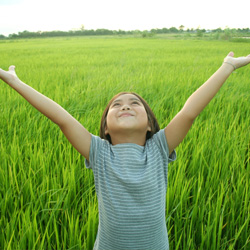 Many types of algae found in the sea naturally produce Polyunsaturated Fatty Acids (PUFAs), such as Omega-3s. These essential fatty acids are required for our bodies to maintain proper health but must be obtained from food or supplements, as the body cannot make them. Marine microalgae, and the fish for which these strains of microalgae are part of their diet, are the only natural source of the essential Omega-3s EPA and DHA.

Cellana has identified, and has grown at industrial scale, numerous strains of marine microalgae that produce commercially significant amounts of EPA and/or DHA, at the same time they produce even larger volumes of proteins for animal feed and fuel-grade oils for biofuel feedstock.

To ensure freedom and security, our country must wean itself from reliance on foreign energy sources 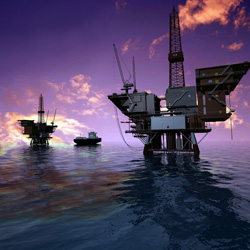 The use of marine microalgae to produce feedstocks for fuel and energy is one way to decrease the U.S. need to import crude oil. At Cellana, we project the conversion of algae to oil will be competitive with petroleum-based crude oil with or without government mandates or subsidies afforded to alternative energy solutions, and at a cost far below any other biofuels feedstock crop.

Government mandates and assistance and incentive programs (e.g., R&D support, tax credits, loan guarantees for the construction of commercial facilities) can, however, significantly accelerate the initial commercialization of this technology and ensure a more rapid adoption throughout the United States and other parts of the industrialized world. 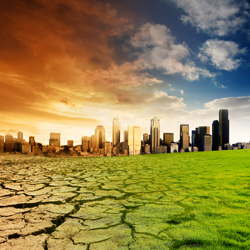 Microalgae naturally recycle CO2 from the atmosphere; however to support the rapid growth needs of an algae farm, more concentrated amounts of CO2 are necessary. The solution: convert CO2 emitted from industrial sources, such as power generators, power plants, cement plants, and ethanol factories, that would have otherwise been a source of environmental pollution. Thus, a potential source of global warming is converted to a source of clean burning feedstock for biofuels and other renewable products.

In addition, most other methods used for CO2 mitigation merely sequester CO2, that is, they simply store the CO2 and do do not convert it into useful products or energy, making microalgae one of the most economic ways to combat climate change.

Going “green” and producing cost-competitive products are not mutually exclusive 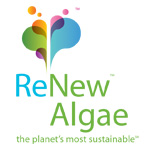 Cellana views the choice between producing products either sustainably or economically as a false one. The Company strongly believes that the unique characteristics of marine microalgae plus Cellana’s validated ALDUO™ technology for large-scale algae production enables the company to make products that are both “green” and cost-competitive.

To achieve this balance, we use algae strains in our biorefinery that make commercially significant amounts of high-value Omega-3 oils and other micronutrients, AND large amounts of lower-value crude oils for biofuel application. The value of all the components in total means that we generate products cost competitive to with other oil feedstocks such as petroleum, soybean oil, animal fats, and others.

This philosophy has given birth to our ReNew™ line of Omega-3, Fuel, and Feed products.